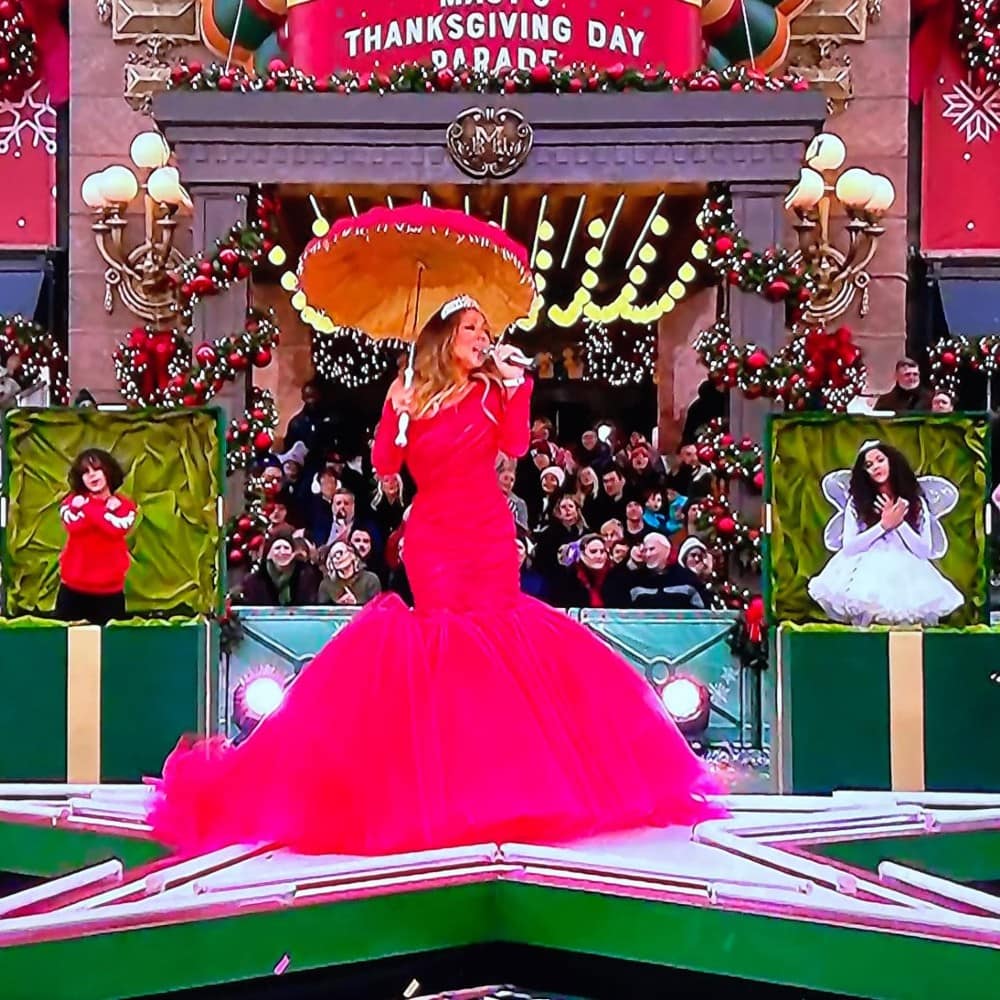 On November 24, America celebrated its favorite Turkey Day, and the celebrities didn’t shy away. Like every year, celebrities spent Thanksgiving with another round of roasted turkey, family, friends, loved ones, and of course, Instagram carousels sharing who and what they’re thankful for. A few of them even graced the traditional and famed Macy’s Thanksgiving Day Parade. Here’s how a bunch of our favorite celebs spent the festive day. 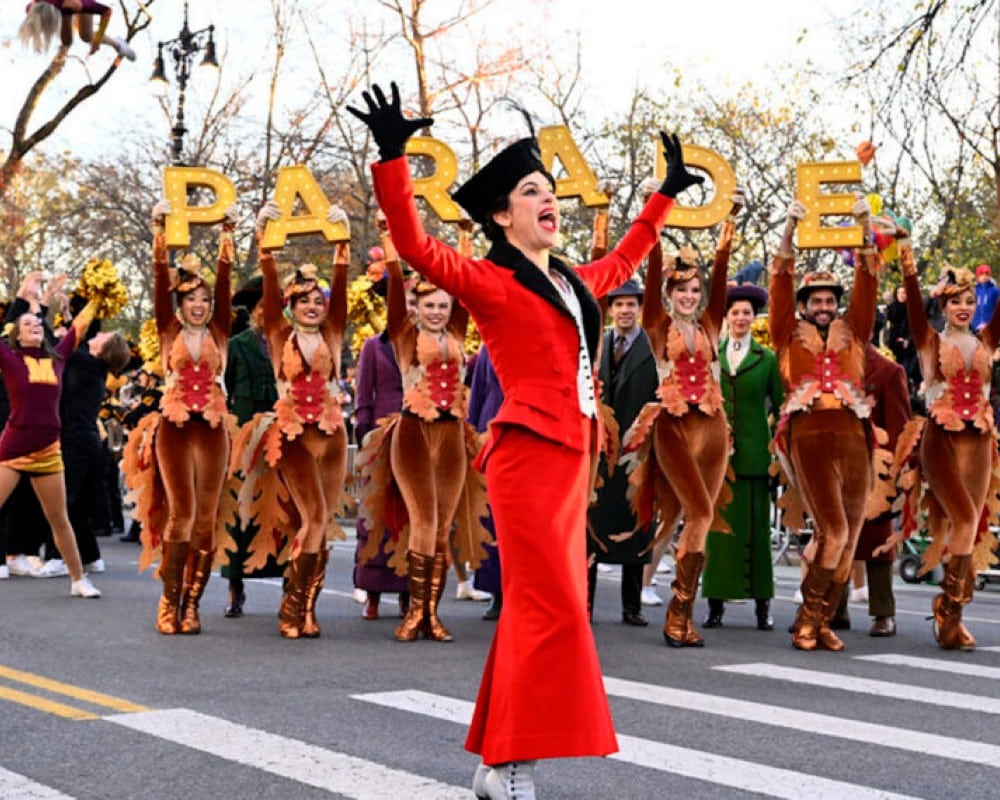 One of the star performances of Macy’s Thanksgiving Day Parade was “Don’t Rain on My Parade” by the current Funny Girl star Lea Michele. Michele and her Funny Girl family opened the parade. The former Glee star shared that she was most thankful for that “amazing family” on Thanksgiving.

Mariah Carey performed her evergreen Christmas epic “All I Want for Christmas Is You” at Macy’s Thanksgiving Day Parade. Her 11-year-old twins Roc and Roe made special guest appearances. Wishing a happy Thanksgiving to her fans, Carey wrote on Instagram that she is grateful and very proud of her beautiful kids and thankful for all the precious moments in life.

Of course, the Kardashian-Jenners spent Thanksgiving in style, where nothing was considered too much and the celebrations were on par with a royal feast! From their Instagram carousel, we can see a mile-long charcuterie board, a s’mores bar, and the ever-growing kids’ table with a donut bar filled with stacked towering treats.

The Stranger Things and Enola Holmes star spent Thanksgiving Day this year with her boyfriend Jake Bongiovi. The young actress shared videos and a series of snaps of their romantic beachside and pool rendezvous. In the caption, Brown mentioned that she is thankful for many people, things, and animals in her life. 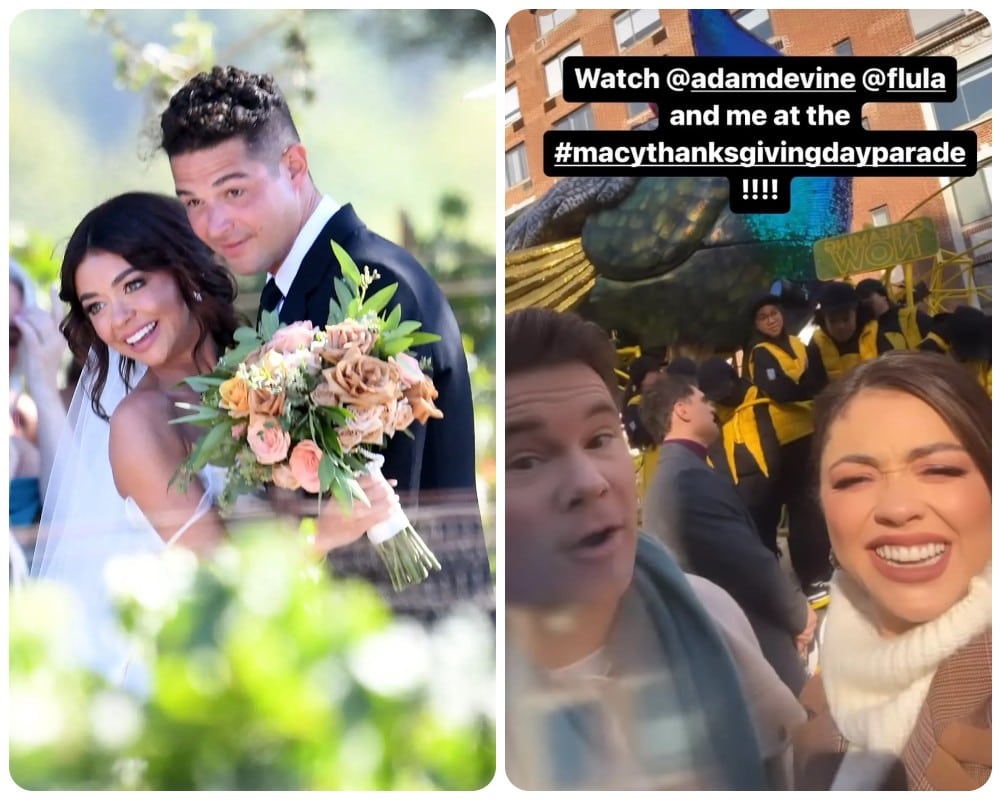 Wells Adams gave a huge shout-out to his newlywed wife Sarah Hyland, who also turned 32 on Thanksgiving Day. On his Instagram story, Adams gushed about his wife, captioning a snap of their wedding day with thankful messages. He wrote that, though he is thankful for many things in his life, he is most thankful for his love of life to be born on this very special day. Adams also went on to thank the stars that he had found the perfect woman in his life. Sarah Hyland replied to her husband’s comment with love emojis, and for her part, spent the morning in a festive spirit with her friend and Modern Family co-star Adam DeVine, celebrating at Macy’s Thanksgiving Day Parade.

5 Self-Tanning Products That Have to Be Tried This Season

Once the weather gets warm enough to wear sleeveless tops, dresses, and shorts, people start to ...

Plenty of actors find their other halves by working with them on films and TV shows. However, these ...

As it often happens in the world of show business, someone is always cheating on someone else… and ...